I took these from up on the catwalk of the U.S. Naval Observatory Flagstaff Station‘s 61-inch astrometric telescope in Flagstaff, on the evening of 2018-04-17. In all, I got 43 decent exposures, from which I picked four that I liked and that spanned the range of useful twilight brightness. All times are MST. Camera: Canon G3 X.

Click on an image to enlarge; right-click to view at full resolution in a separate browser tab.

This first image was fairly early, when the Sun was just 6.8 degrees below the horizon (just past the end of civil twilight) and the twilight sky was still bright. Visually, you could just discriminate the reflected Earth light on the dark part of the Moon’s disk from the twilight sky background. 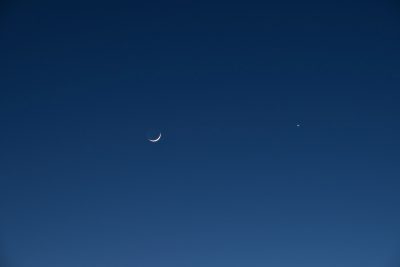 This next exposure was when the Sun was 8.8 degrees below the horizon, about halfway through nautical twilight. Right around this time, the lighting was at its most ethereal and, I think, beautiful. It was a wondrous sight. 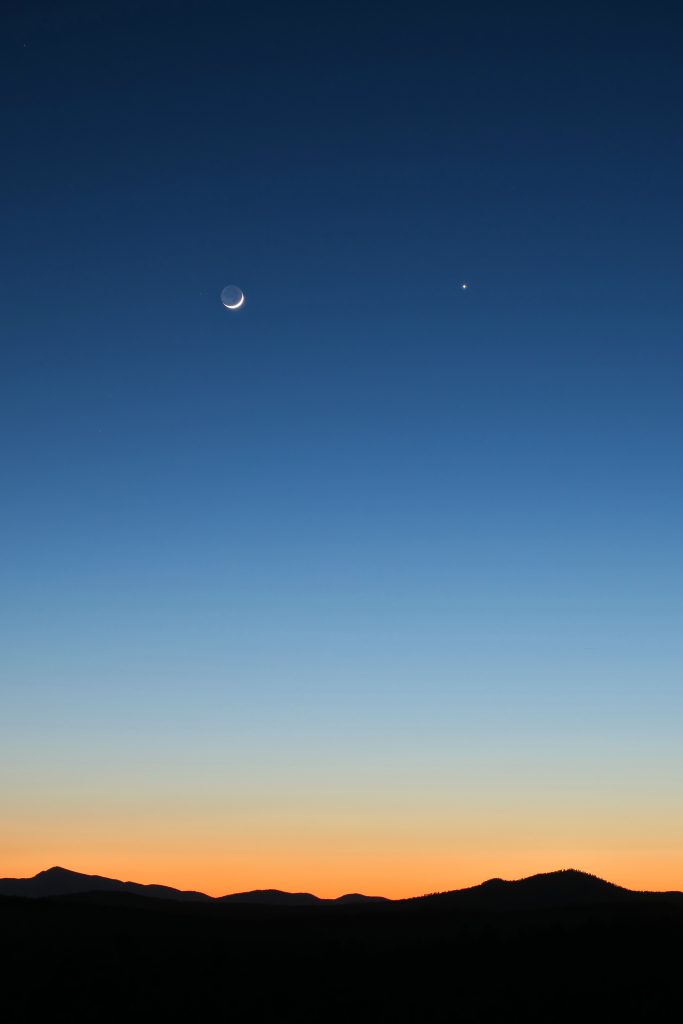 This next one is a closeup of just the Moon, showing reflected Earth light from the non-sunlit part of the Moon’s disk. Reflected Earth light is visually striking when the Moon is a thin crescent — look for it the next time you see a thin crescent Moon. The faint arc to the left of the Moon is an internal camera lens reflection from the bright, sunlit sliver. The star on the left is 5 Tau, magnitude 4.1. The fainter one below-left is HD 21379, magnitude 6.25. The stars appear as short trails, and the features of the Moon are blurred, due to the Earth’s rotation during the 2 seconds that the camera shutter was open. 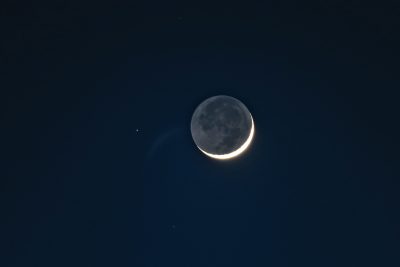 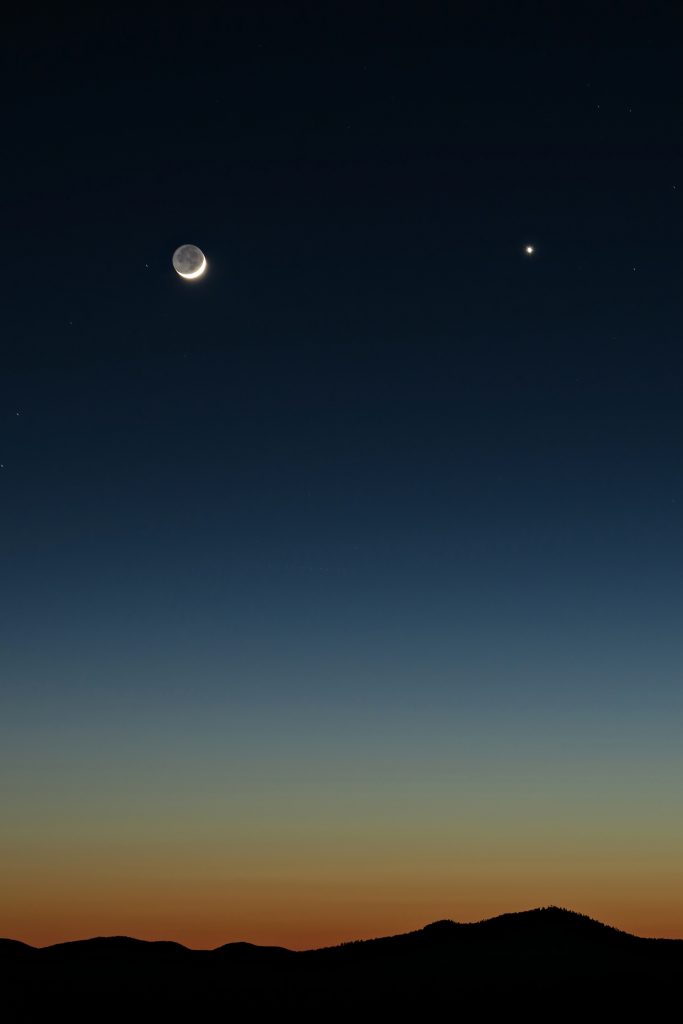