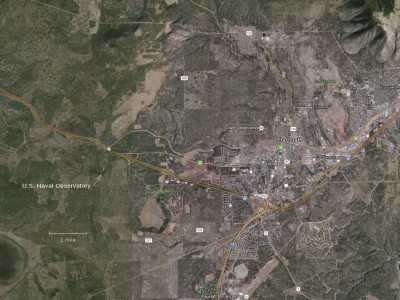 The zodiacal light at 7:51 pm (MST) on February 10, 2015, as seen from the west parking lot of the U.S. Naval Observatory near Flagstaff. If you’re wondering where the Observatory is, it’s about five miles west of downtown (Google maps link).

Below are two versions of a stack of eight 30-second exposures taken with a ZWO ASI120MM camera mounted on a camera tripod. This was 1h 47m after sunset (6:04 pm), and 21 minutes after the end of astronomical twilight (7:30 pm). You can see several naked-eye astronomical wonders, which are marked on the annotated version: 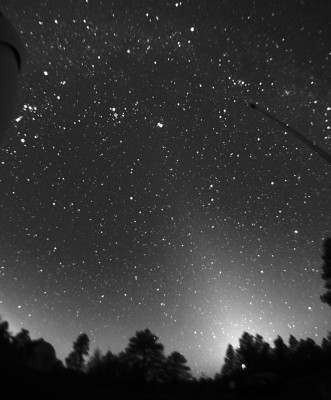 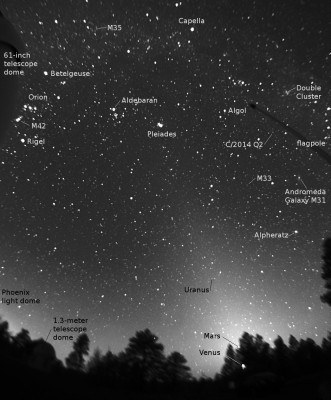